On the freeing of Meir Ettinger…


Before Shabbat I was in touch with someone who has more details about the upcoming release of Meir Ettinger from administrative detention and the people who campaigned for it; this person permitted me to quote without naming; thus, the following interview.

It is difficult for former Americans and others who have experienced similar government structures to understand how Israel operates; it is a democracy, but certain things don’t work in the same way and thus certain actions taken will not have their intended effects. For instance, protesting and otherwise asserting the people’s will; petitions don’t work here but other things do, as we will see. (That’s why I will not put up notices for petitions here for Israeli prisoners anymore. They do not work.) I learned a lot through this conversation and wish to share.

It is my hope and prayer that this post and similar ones that I have written in the past will join with the writings of others to help with Pidyon Sh’vuyim פדיון שבויים, a very important mitzvah, the freeing of prisoners. Consider all the Prisoners of Zion throughout history: These are Jews who are either 1) in jail for sentences far longer than fitting for their crimes because they are Jews (cf. Jonathan Pollard); or 2) just because they’re Jews (like Meir) — any excuse will do. Nowadays, defending oneself against the enemy is a frequently-employed reason to ban a person from his hometown or put him in jail; in Meir’s instance, it was his writings and even, apparently, manufactured writings attributed to him. 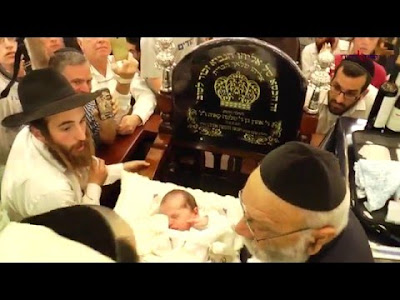 
CDG: Is there any thought about suing the government to pay the legal bills and for the campaign? After all, our taxpayer shekels went into the injustice, against our will. I for one would rather have the government use what they already have to pay for the injustice they caused, not only to Meir, but to all the other detainees as well.

Source: They can't sue.  Administrative Detention is legal in Israel.

CDG: I apologize for my ignorance. I have never lived under laws like this before. I'm confused, so thank you for patiently explaining all this to me.

So, if I understand you correctly, because there are no charges against Meir, can there also be no financial compensation for his imprisonment? What about the loss to his reputation (among some sectors; in ours it has been enhanced, surely), his health, the fact that he couldn't see his son born or brissed [circumcised -CDG]? How about how this affects his wife? And all for NOTHING Meir did wrong.

I want Mashiach now, this minute.

Source: They can't sue.  Right now there are 300 Arabs under Administrative Detention.  I am glad for that because it keeps them off the streets, so less terrorists walking around.  The first Jew they used Administrative Detention on was Rabbi Kahane.  He knew it was an ongoing thing so he fasted until he started to lose his eye sight and then they allowed him out.  He had rabbis trying to convince the Rabbi to eat even a piece of bread the size of an olive.  He refused.  His name and organization was too big to allow him to die and they let him go.  Meir Ettinger fasted and start to faint on and off.  They didn't even take him to the hospital, but treated him in jail.  If they want you to confess to something or think you know something or feel you are a danger, or whatever the h*ll they feel they can put you under this administrative detention in jail or even in your home.  They did that to Noam Federman and he couldn't go out even on his porch, not step outside his door.  They watched and if he was caught, he would be back in jail.  No charges:  Old British Law.  They don't have to tell you or your lawyer why they are holding you.  I have lived here since 1978 and have seen much.

CDG: Well, I hope I did something right, then, when I posted the link to the fundraising site on the notice in the upper right corner. I hope that some people respond to it. This is why I was asking.

Source: We need the flow of money to keep this going with publicity.   Petitions are ok, but government really doesn't care about that.  In America every town has representation, and your representative would care what you wrote or the petition you sent.  She wants to be elected again.  We don't have that in Israel.  You vote for a party and that is it.  Of course, they want to get elected again and try to do what people want, but some change when they become MKs and some are reined in by the Prime Minister if they are in the coalition.   It’s a different system.  Democratic, but much different than America.

***
DIRECTIONS: To donate to free the rest of the Jewish detainees still in jail since last summer and fall (many are minors, and none of them have conspired to assassinate people, burn houses down or any of those things; many of them are the ones I am asking about along my sidebar), CLICK HERE. If you are donating from outside of Israel, open the "To Donate..." box and fill out the fields, skipping the ID# field, and press Click to Donate. Thank you!

CDG,
Thank you so much for going to all the effort of researching and then posting this information. It's genuinely helpful and MUCH appreciated.

Thank you very much for your comment. It gives me an opportunity to clarify: To be exact, one would have to say that the disputed territories (Yehuda and the Shomron -- Judea and Samaria) are under military rule and therefore are not democratic, as you've stated. The rest of Israel is a democracy, but more British-style. It was more socialist in earlier days, so most Israelis don't really know what democracy is, so are more easily pushed around by the elites who say, "if you don't agree with us you're undermining democracy." You and I know better than that.

These parts of Israel are disputed only because the Jewish elites here allow them to be. In the immediate aftermath of the 6-Day War, if we had done the right thing and treated them (and, of course, the Temple Mount -- Har haBayit) like the rest of Israel, there would be no conflict over them today. It's not so much that the land isn't ours, but that we (except for the Jews who live there) haven't fought tooth and nail to keep it.

Which brings me to my last question, for now: What is more important for Jews, living under a gentile-style democracy or under Jewish law?

If you look closely, you can see that America is falling apart. The rights of the majority are being violated in the name of democracy, for the sake of a very small minority over the issue of gender identity; yet, people don't dare oppose it due to the penalties involved (external reasons) and due to self-censure (internal reasons) imposed by the politically correct atmosphere. I don't think we'll have to wait long before evil heterosexuals will start taking advantage of this to claim they've changed GI this morning to get access to the opposite gender facilities for whatever evil reason.

Do we really want to walk down that road here in Israel? And that's just one aspect. Alexander Maistrovoy expresses America's problem (and that of other democracies) very well here.

I'm looking forward to THE GREAT REDEMPTION. Please help me do my part to bring us there!

Many thanks in advance!

Pray Tehillim for Mashiah to win the war.

1 Tammuz 5781 (Rosh H odesh B) Sefer Tehillim, The Rashi Edition. Here are a lot of versions of Tehillim covers. A call has gone out from a...

Prayer for Prisoners of Zion and the Sick...

Rav Eliezer Berland is FREE as of today, 15 December 2021. As in, at home, not in "house arrest" somewhere unknown, with strangers guarding him (or others from him). He was vindicated in court recently on all charges, and the people who conspired to pin all sorts of nasty things on him are now found to have done them all.
***
Esther Yocheved Pollard passed away on 31 January 2022.
I wrote about her HERE.
***
Want to know who should be tried for her crimes and put in jail? Ahlam Tamimi, who masterminded the Sbarro bombing in downtown Yerushalayim in August 2001. Sign this petition now!
***
Today is the day! 7 March 2022 for the appeal of Amiram Ben-Uliel (Amiram ben Nurit) in the Duma firebombing trial. Continue to pray!

More about what's really happening with Amiram: PDF files in Hebrew and Write to Amiram (Hebrew only)
***
Out of Prison - Yet Not Free
Evyatar Yisrael Eliyahu ben Gila Chana Slonim
Meir David Chai ben Tovah Ettinger
***
Who Knows More about the Status Of...

Note: If donating from outside of Israel, open the "To Donate..." box and fill out the fields, skipping the ID# field, and press Click to Donate. Thank You!
***
Baruch haShem for the freedom of Sholom Rubashkin, Alan Gross from Cuba and Binyamin Nachum Ya'ir ben Leah Devorah Richter from Israel and Na'ama bat Yaffa Yissachar!
***

HDG, Yerushalayim, E"Y Shlemah
Yerushalayim, Israel
Welcome to my blog. I am an ordinary Israeli Jewess who made aliyah some years ago. I am typical here in Israel yet ahead of my time in that I am half Ashkenaziah and half Mizrahiah. This edition of my banner is a picture I took within my neighborhood; the flowers are yellow jasmine. My symbol, the grape, is one of the fruits that Hava haRishona might have eaten when she ate from "the tree of knowledge of good and evil." In 2019 I decided to give my initials a makeover, but not my name. I am still חוה.

Get Israel Out of the Defendant's Chair!

Sanity in a Crazy World